Our accelerated growth, since our inception back in 2015, as well as in the last three years, highlights the importance our customers are placing in sourcing independent specialists in SASE technologies, from SD-WAN through to cloud security technologies. 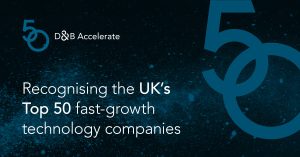 Sherry Vaswani, CEO and Founder of Xalient, said: “Everyone at Xalient is delighted to be recognised as the sixth-fastest-growing UK tech company. It’s been an exciting journey and fast-paced journey so far, and this only serves to recognise the success we’ve had in putting our customers first in helping them with their network transformation”.

“I founded Xalient with the aim of creating a company that would be disruptive in the marketplace and in doing so offer an alternative model specialising in new cloud technologies, where newly transformed and managed networks are agile, secure, high-performing and fit for the future”.

“It’s great to receive recognition for how far Xalient has come, but we’re by no means finished yet. Our recent innovation in MARTINA – a Virtual Network Engineer built on our AIOps Platform – is indicative of our desire to constantly challenge conventional thinking. It’s innovations such as this that ensure we stay at the forefront of our industry” adds Sherry.

For more information go to https://www.dnb.co.uk/marketing/media/accelerate50-awards.html

< Previous - Getting to know... Andrew Goldwater Xalient CEO and Founder Sherry Vaswani named in 10 Most Impactful Women in Technology 2021 - Next >
By continuing to browse the site you are agreeing to our privacy policy.